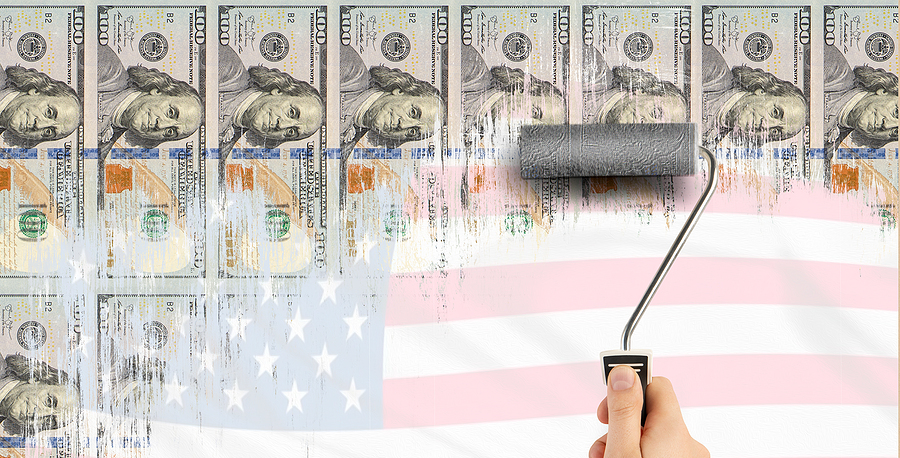 With the Libor transition entering its last days, the global project finance market has seen increased interest in Term SOFR as the risk-free rate (RFR) used to replace USD Libor. Unlike their European counterparts, US regulators have indicated a preference for a forward-looking or ‘term’ RFR rather than an RFR compounded in arrears. Project financings in US dollars that reference Term SOFR may become more common, particularly given the obvious similarities between Term SOFR and USD Libor.

The publication of Libor across most maturities and currencies ceased at the end of 2021, with twenty-four Libor settings now no longer available. The ICE Benchmark Administration (IBA) will publish one-month, three-month, and six-month synthetic Libor settings for sterling and the Japanese Yen until the end of 2022. USD Libor will be published until 30 June 2023 using panel bank submissions, with the exception of the one-week and two-month maturities.

The extant Libor settings only remain in place to assist with shifting legacy Libor transactions to RFRs. Regulators such as the UK’s Financial Conduct Authority (FCA) have made it clear that no new transactions can make use of Libor, necessitating a fairly immediate shift to RFRs such as SOFR for US dollar transactions and SONIA for sterling. Based on real transactions in overnight borrowing markets, RFRs are often employ a ‘compounded in arrears’ model to calculate interest due on loans and are not forward-looking by default, as is the case with Libor. Term SOFR is essentially a forward-looking version of SOFR calculated using SOFR futures and benchmark SOFR derivatives.

The US Alternative Reference Rates Committee (ARRC) had long earmarked Term SOFR as its preferred fallback for the end of Libor, but it was not always clear if Term SOFR would be ready in time for the shift from Libor. Term SOFR is, however, available and the UK and the EU have followed the example of the US regarding the use of Term SOFR for transactions in US dollars. For example, the Working Group on Sterling Risk-Free Reference Rates (RFRWG) indicated in September 2021 that Term SOFR ‘would be relevant for US dollar business in London’. In general, however, UK and European regulators are far more keen on RFRs compounded in arrears than term RFRs.

The rise of Term SOFR

Given the shifts in regulatory opinion, there can still be some debate as to which version of SOFR to use for project financings. As Lorraine Bayliss, a partner at Allen & Overy, indicates: “Project finance transactions can be particularly difficult deals on which to agree the relevant Libor replacement model as these deals very frequently involve lenders and parties across multiple geographies. So you might, for example, in a deal have US lenders preferring Term SOFR, Asian lenders that can accept Term SOFR or compounded in arrears and European lenders that prefer the compounded in arrears model. On top of that, you generally have a large number of individual banks each with their internal preferred model and conventions. We are really seeing this come to the fore in a few big multi-sourced transactions at the moment.”

The recent $13.2 billion project financing of the Plaquemines LNG facility and associated Gator Express pipeline is an example of the type of large, multi-sourced transaction that could be subject to discussions about benchmarks going forward. The deal includes US lenders such as J.P. Morgan, Goldman Sachs, and Morgan Stanley; Asian lenders such as MUFG and Mizuho; and European lenders such as LBBW, CaixaBank, and Natixis. Banks that lend internationally in multiple jurisdictions and currencies now have to be familiar with several different benchmarks, or even different versions of the same benchmark. Where Libor was a more universal benchmark, RFRs like SOFR demand a certain adaptability from lenders when it comes to settling on a benchmark for a given project financing.

The factor that could well sway project financings in US dollars strongly towards Term SOFR is the difficulties that RFRs compounded in arrears create for borrowers. Like most RFRs, SOFR compounded in arrears makes it impossible to calculate the interest due on a loan substantially in advance of when this payment must be made. Even the look-back periods that are applied only typically inform borrowers of the interest due around five business days ahead of interest payments. Shifting the observation period and the interest period used to calculate interest any further out of alignment would begin to undermine SOFR’s link to real, concrete transactions, a key differentiating feature between RFRs and Libor.

For borrowers accustomed to Libor, moving to SOFR compounded in arrears is a step in an immensely different direction. Effective hedging through interest rate swaps becomes totally essential for most project financings, especially those in which debt is serviced through a fixed revenue model, such as availability payments. Borrowers and lenders involved with these deals are particularly vulnerable to sudden changes in interest rates and SOFR compounded in arrears makes cashflows and debt service coverage ratios (DSCRs) more difficult to model. Hedging, in turn, becomes slightly more complex and, potentially, costly if hedging providers feel they have less visibility over interest rates.

Term SOFR is not yet the default benchmark used for project financings in US dollars, but its popularity is certainly growing. It offers borrowers and lenders a continuity option following the end of Libor and is well suited to the precise assessment of revenues in relation to repayments seen in project financings. Swaps are currently relatively expensive for Term SOFR transactions, but this is likely due to the fact that these swaps are new products. If the use of Term SOFR becomes more common, hedging providers will become more comfortable with Term SOFR transactions and the cost of swaps will fall.

It remains to be seen how many legacy Libor transactions will move to Term SOFR as older deals are remediated before the total cessation of USD Libor in June 2023. All references to Libor must be expunged from financing documents, as well as project documents such as  power purchase arrangements, construction arrangements, O&M provisions, and concession agreements. The specific documents involved will vary slightly from project to project, but the general process is the same for the many existing projects that have yet to make the leap from Libor.

Of particular interest is the fact that a small number of project finance lenders have expressed a reluctance to use Term SOFR at all. If such lenders are part of transactions transferred from Libor to Term SOFR, there may have to be a spate of refinancings to allow these lenders to exit the relevant deals. Borrowers may also have to be aware of the internal policies of lenders regarding Term SOFR when raising debt for projects. Equally, banks underwriting large project finance transactions will have to consider the views of other banks on employing Term SOFR.

It will also be interesting to see if borrowers manage to negotiate a more favourable credit adjustment spread (CAS) for Term SOFR than the five year historical median approach recommended by regulators for moving transactions from Libor to RFRs. The CAS is based on Bloomberg data and is designed to account for RFRs being lower, on average, than Libor because unlike Libor, RFRs do not incorporate credit risk.

Despite the emergence of Term SOFR for transactions in US dollars, there currently seems to be little impetus from UK and European regulators to encourage the adoption of forward-looking rates for SONIA, €STR, or SARON. This may divide the way in which the project finance market functions, with some transactions making use of forward-looking RFRs and others referencing RFRs compounded in arrears. Multi-currency transactions similar to the $8.98 billion financing of the Amur GCC petrochemicals plant – which was financed in both US dollars and Euros – could now become more complicated if there is a preference for Term SOFR for the US-dollar tranches and an RFR compounded in arrears for tranches in other currencies. This would mean that borrowers and lenders would have to adjust to interest rates being calculated differently across the various tranches.

In emerging markets, Term SOFR might prove useful for project financings provided by MDBs and/or commercial banks. Central bank approval is needed for payments made in foreign currency in some emerging markets and the approval process can takes weeks. It is difficult for RFRs compounded in arrears to accommodate this process, as the final repayment figure may only be known a few days before the repayment date. Notably, the IFC closed a $25 million financing for telecoms infrastructure in Africa in December 2021 and approved Term SOFR to replace USD Libor. Deals in US dollars involving one of the world’s largest MDBs are, therefore, likely to use Term SOFR.

Perhaps the oddest element of Term SOFR’s new-found prominence is the fact that one of the principal reasons for the Libor transition was a concern about the robustness of forward-looking rates. It is, therefore, questionable that a forward-looking rate should be USD Libor’s preferred substitute and consequently effective regulation of Term SOFR will be crucial. As Bayliss suggests: “If we do move towards Term SOFR becoming the preferred model on USD denominated deals outside Europe, that would be strange in a way as the lending community will have gone through huge efforts to replace one forward-looking rate with another. There will need to be some checks and balances introduced to make sure that the same issues that existed with Libor do not repeat.”

The JFK Terminal One financing is expected to close today.

The UK Infrastructure Bank has appointed five founding members of its executive team.

InfraCo Asia Development has announced that Allard Nooy will step down as CEO on June 29.

Saudi Water Partnerships Company (SWPC) has issued bidder lists for two more of its water PPP projects – the 200.000m3 per day Al-Hayer waste water scheme in Riyadh City and the East Riyadh and Khamis Mushait waste water treatment projects, which will be tendered as one project – and its STPP project in Jazan.

Brazil's National Civil Aviation Agency (Anac) has approved the public notice for the auction for the seventh round of airport concessions, now scheduled for August 18.