Commercial banks are increasingly looking at blended finance to push marginally bankable deals over the fence — but hurdles of transparency, a limited pipeline of deals and trust deficit remain the biggest challenges for private investors. 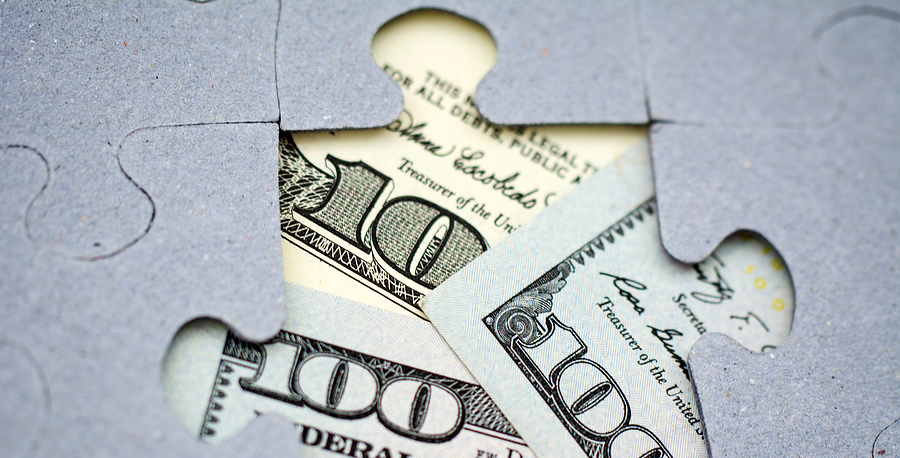 Mobilising private capital through blended finance deals of significant volume is one of the key ambitions of development finance, particularly for climate finance projects, as developed countries are trailing behind their Nationally Determined Contributions (NDCs) of $100 billion per year. Among development banks, blended finance has been a buzzword since 2015, but the lack of big-ticket deals in the market demonstrates that commercial banks and asset managers are not completely on board with the model yet. “Blended finance is a solution that should work,” says Anne Marie Thurber, managing director and group head of the Structured Export Finance team, SMBC Americas Division. “But the trick is to pull all stakeholders together.”

From a development bank perspective, there are many factors holding back blended finance: Information transparency, inadequate pipeline of projects, lack of metrics to evaluate impact, and finding the right balance of concessionality such that it doesn’t distort the market. But for commercial banks, the bankability of a project is of paramount consideration. Deals that are bankable typically involve credit enhancements by export credit agencies (ECAs) or multilateral development banks (MDBs) in the emerging markets. “I would look for blended finance component in deals that have the potential to be bankable, but there are one or two factors in there that don’t fit the criteria for a deal that could pass a credit committee,” says Thurber.

Assessing the bankability of a deal involves a fundamental question: will the loan be repaid based on the structure of the deal? Bankability factors include the market risk of a deal, involvement of technology that has been proven but not commercialised, among others. “For example, it could be a deal where the market only allows for feedstock supply agreements or offtake agreements that are five years instead of the regular 10 to 12 years that you need for the underlying project finance loan. So that's where I see the blended finance piece coming in, that is to get the almost bankable deals over the line and financed,” says Thurber.

Despite the push for private capital to support social impact-driven projects with initiatives like the UN-convened Net-Zero Banking Alliance, traditionally, private investors in emerging markets have not necessarily prioritised the highest development impact transactions. According to a recent report by Proximo's sister publication Uxolo – Uxolo Development Finance Report 2021: Mapping the public & private capital landscape – one of the chief concerns of private capital providers is the ability to make market-rate returns, and investors are typically far more confident in returns when projects have a built-in set of users that are willing to pay. The vast majority of private capital respondents (86%) of the Uxolo survey expect a market-rate return over concessional. Just under half of all private capital respondents reported that the risk-return profile of the development banks' mandate was too extreme.

While DFIs and MDBs are expected to have more risk appetite for projects in emerging markets, there is also a growing appetite for “sustainability deals” among commercial banks, driven by shareholder values and ESG compliance. “The advantage of working with the DFIs is that they have a different perspective,” says Thurber. “Financial institutions are very focused on sustainability, and they are increasingly looking at how they are deploying their capital and what the impact of that investment is.” Beyond the impact, the advantage of bringing in DFIs and MDBs is the longer tenors that they are willing to accommodate. “Benefiting from the preferred creditor status of development banks is a nice enhancement,” adds Thurber. Development banks are uniquely equipped and well positioned to leverage their high-quality loan portfolios with strong underwriting capacities, long track record, and low default rates.

According to the Uxolo report, private investors who partnered with a development bank have mostly invested in infrastructure and renewables (65%), followed by agri/soft commodities (47%) and transport (47%). Despite the potential for returns in these sectors, only 6% were invested in chemicals/petrochemicals, metals & mining, and oil & gas alongside development banks, reflecting the pervasiveness of Environmental, Social, and Governance (ESG) in current private finance agendas and also the general lack of interest development bank support for these ‘dirty’ industries.

According to an asset manager, donor and philanthropic money plays an important role in blended finance deals associated with social impact, since they are willing to absorb substantial losses and have high-risk appetite by nature.

A common hurdle both development and commercial banks face is the limited pipeline of deals to pick from. “Lack of pipeline of projects and transparency are perennial problems, which we somehow can’t seem to fully solve,” says Thurber. “But there have been some efforts to address them, like the World Bank-led Global Infrastructure Facility (GIF) where SMBC and other commercial banks are advisory partners. They continue to address challenges around the pipeline of projects, transparency in information, and de-risking measure.”

GIF was established in 2014 as a G20 initiative to address the shortage of high-quality, bankable infrastructure projects through the provision of end-to-end transaction advisory services and support to governments and multilateral development banks. “This allows commercial banks, advisors, other providers of capital and public sector institutions to come together at least once a year in a collaborative manner to discuss innovative deals, best practices, innovative structures, etc.,” says Thurber. “Of course, topics stay clear of items of a confidential or competitive nature.  And, while a collaborative forum, outside of the forum we all compete for limited deals and resources. And the other factor is that many deals may not be fully structured so they cannot go public with the information until fully baked.”

Similarly, in order to expand the pipeline of projects in Asia, HSBC launched its partnership with Singapore government-owned investment firm Temasek last year to establish a debt financing platform dedicated to sustainable infrastructure projects in Southeast Asia. The mechanism is also supported by the Asian Development Bank (ADB), which will “provide technical assistance and project development expertise in an emerging market context,” says Christian Deseglise, group head of sustainable infrastructure and innovation, HSBC. A substantial portion of the platform’s loan portfolio will target marginally bankable, sustainable infrastructure projects, providing project development expertise, technical assistance and blended finance solutions where needed. “The marginally bankable projects are those that commercial banks wouldn’t take on today as much as possible, but with the technical assistance of ADB we will try to make them more financeable,” adds Deseglise.

The aim is to catalyse significant capital flows to the sustainable infrastructure space, deploying blended finance at scale over time to unlock more marginally bankable projects and create a tradable asset class, crowding in private and institutional investors. “This platform aims at overcoming two challenges around blended finance: finding the right risk-return balance and expanding the pipeline of project,” says Deseglise.

HSBC and Temasek will invest up to a combined $150 million of equity to fund loans, working alongside the platform’s strategic partners in the initial phase. Over the longer term, the ambition is to build a pipeline of projects to scale, with the platform dispensing over $1 billion of loans within five years. “We have seen really great examples of collaboration between the private and public sector in the climate finance space. But there is more that they can do. They can take greater risk and mobilise private capital through instruments like guarantee mechanisms, de-risking enhancements and continue to work collaboratively with the private sector,” says Deseglise.

A central tenet of blended finance is building trust among the various stakeholders, with different interests and values. According to the Uxolo report, private capital providers indicated that working with development banks posed a moderate challenge and the time it takes to close a deal was presented as the biggest impediment, with 83% of the sample highlighting this as a main challenge. Development banks having too many criteria or requirements (61%) and extreme risk-return profiles (44%) also ranked as some of the main challenges from a private capital perspective.

According to a Dutch asset manager, public sector is sceptical of the profit motive that drives private sector. While on one hand, commercial banks focus on evaluating the risk-return profile of a deal and are willing to delegate authority and discretion to the implementer of the deal; on the other hand, DFIs and MDBs are concerned about impact and image management, and therefore, are more integrated in a project and lack the trust that a project can be developed without their management. They are criticised for being bloated, slow and too conservative. Despite the bureaucratic challenges, almost all respondents (94%) of the Uxolo survey said they intend to work with development banks in the future, which indicates that there is certainly an appetite among private investors for blended finance, driven by an increasing influence of ESG frameworks and shareholder advocacy.

The University of Louisville has shortlisted four teams for the Request for Proposal (RfP) stage to select a concessionaire for the university's utility system at its Belknap Campus.

Several companies are preparing to submit binding bids for a renewable energy portfolio being offered by Spanish fund manager Q-Energy.

The operational 275MW Bungala One and Two solar farms in South Australia – sponsored by Enel Green Power and DIF – have been refinanced.

Ghana’s Ministry of Finance (MoF) reached financial close last month on an ECA-backed facility to support construction of a new 400-bed maternity block at the Korle-Bu Teaching Hospital in Accra.

Further information has come to light about the $86.6 million project financing of oEnergy's portfolio of solar PV projects in Chile.