A balancing act: Merchant risk and the energy transition

Gordon Stewart and Tom Jamieson, London-based partners at Bracewell, discuss the evolving market for providing balancing services to electricity grids with merchant markets operating on them, and the tensions inherent in the energy transition in providing stability. 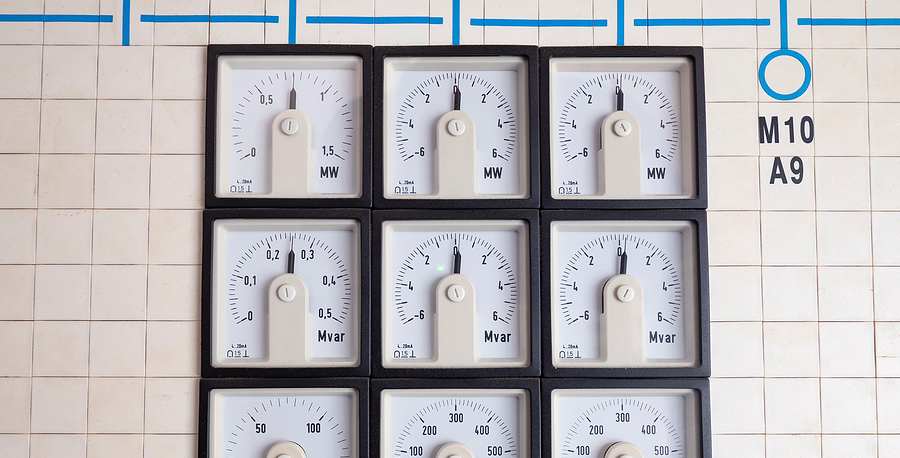 From the extreme disruptions to supply on the ERCOT Grid in Texas in the US at the start of 2021, to first ever use of the energy supply company administration regime[1] in the UK before Christmas (as result of sky high wholesale gas prices in the UK), domestic power and energy markets have and continue to witness unprecedented volatility.

That volatility has been further interposed with both political and legal challenges: for example, private counterparties looking to the courts in respect of the physical and synthetic power purchase and offtake arrangements in the US, and the UK Treasury being lobbied hard for support and relief for the sector as a whole. Power outages, price surges and insolvencies have brought to a head the issue of grid stability and reliability, as well as exposing some of the drawbacks of sourcing an ever increasing amount of power from weather reliant renewable sources. 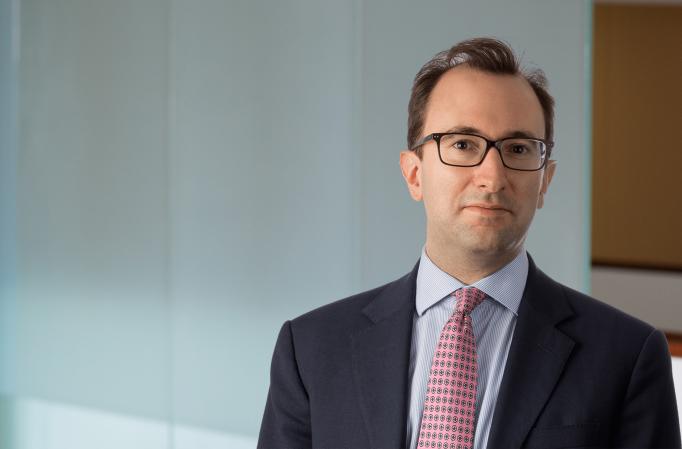 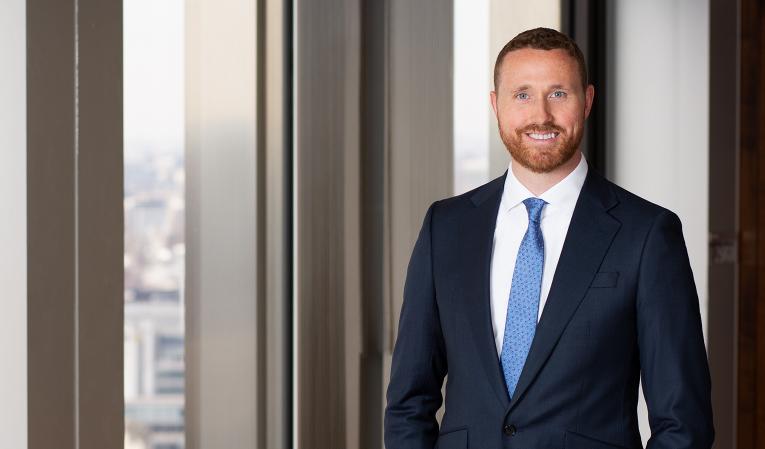 Energy transition has been a buzzword throughout 2021, with its application riding a wave well beyond the realm of power generation and traditional energy markets. With sustainability taking up the baton, there is now also a catalyst for genuine change for good in supply chains for all manner of consumer and household goods.

The last two decades has seen the UK lead the way in genuine decarbonisation of its generating capacity. Following the dash for gas in the 90’s, successive UK governments this century have pro-actively and very successfully reduced the carbon footprint of the UK’s generation capacity through multiple subsidy and regulatory regimes.

The establishment of the LCCC with its responsibility for the CfD regime supporting large utility scale projects such as offshore wind and new nuclear, and earlier introduction of FiTs and ROCs which encouraged disaggregated and often small scale onshore generation including solar PV, onshore wind and biomass,.

As a result of this effort, the UK has seen the proportion of its generation coming from renewables grow at an astonishing rate. Accepting that the pandemic had a significant impact on demand side in 2020, it is noteworthy that electricity from renewable sources reached an all time high of ~43% in 2020, the first time it was greater than fossil fuel.

Perhaps more informatively for this discussion however, is that renewable capacity available to the grid has grown five-fold since 2010[2]. And when coupled with low carbon generation (which includes base load nuclear) renewable power in 2020 achieved almost 60% of the UK needs.

With the UK’s early adoption of privatisation of the power markets, the generation and distribution elements of the power supply sector were opened up to private development and operations. This encouraged utilities and new independent power producers to build generating capacity in competition with each other to produce electricity for end users.

The separation of the fully vertically integrated supply chain (of generation through transmission to end user) meant however that the total supply of electrons onto the grid is not controlled by a single party with knowledge of the total amount being taken off the grid, leaving the potential for an imbalance of supply and demand at any given point in time.

Responsibility for balancing the supply and demand of electrons onto and off the transmission system remaines with the UK’s TSO National Grid (or its subsidiaries following further successive energy market liberalization regulations).

Balancing the system on a second-by-second basis is required in order to ensure the stability and continued smooth operation of the grid, which due to the nature of electrical supply cannot be stored within the transmission infrastructure (unlike other physical commodities such as gas or liquids).

In order to help manage the balancing requirements for the grid the UK has implemented a number of long term solutions including the awarding of capacity market contracts, black start and other ancillary services contracts to give the grid access at short notice to immediate dispatch by providing generators with a payment based on availability, rather than dispatch.

The rise of the merchant market

The privatisation of the sector was designed to promote market efficiency and lower prices for end users as a result of the competition amongst generators to provide the cheapest electricity.  Much of the new generation capacity was still purchased through long term offtake arrangements with fixed prices, with the power simply being wheeled through the transmission system.

Utilities supplying power to end users would enter into long term offtake arrangements for the cheapest fixed prices that a generator could offer. The downward pressure on pricing for long term offtake arrangements acted to incentivise the most efficient generation technology being constructed, based on long term demand pricing projections rather than short term arbitrage opportunities.

Due to the grid operators requirement to ensure the transmission system is always in balance however, an spot merchant market exists to facilitate the balancing of the system whereby National Grid will procure additional power onto the grid where demand is going to outstrip the supply.

National Grid asks generators to offer electricity at volume and price throughout the day, allowing it to buy the cheapest offered power first, and then the progressively more expensive units of power being offered until it has procured all of the power it requires to balance the system.  The last or marginal units of power are intentionally therefore the most expensive.

Impact of the energy transition on balancing

Renewable generation assets typically have offtake arrangements whereby the purchasers are required to take all of the power generated.  The nature of wind and solar assets  means that they generate their electricity at the discretion of mother nature, rather than at the behest of an engineer in a control room.

If wind is not blowing (or blowing too strongly..) and / or it is an overcast day, then wind and solar dispatch into the grid can be well below the assumed average dispatch, leading to potential for imbalance on the grid.

With ever increasing proportion of the UK generation capacity coming from such intermittency prone renewables, the potential scale of the imbalances on the grid, both regionally and locally is becoming increasingly significant.

As such the grid operator needs to be increasingly able to call on generation capacity, at short notice, to make up for the shortfall in supply from renewables and other slow responding low carbon base load (such as nuclear).

The increased proportion of intermittency prone renewable power supplying the base load generation to the grid has therefore exacerbated the grid operator’s balancing operations when unexpected weather conditions (such as a cold winter) cause unusually high demand side requirements.

The increased balancing operations in turn leads to much higher price volatility for the marginal power demand at peak cycles as the proportion of generating capacity available to meet the grids requirements at very short term intervals is significantly lower than it used to be.  This is due to the proportionately lower investment in fast response dispatch generation such as traditional gas fired plants.

This smaller supply intersecting significantly greater demand has lead to the significantly increased price available for the last marginal power being procured by National Grid to balance the system. This in turn provides a significant competitive advantage to those generators with the ability and technology to dispatch immediately and on demand to arbitrage that volatility and maximise profit.

Undoubtedly the future solutions for balancing grids will be some combination of battery, pumped storage and green hydrogen. However the recent extreme volatility in the energy markets and its impact on the wider economy and end users demonstrates that immediate short and medium term solutions are going to be both required and profitable and makes for some interesting questions.

The nature of the balancing operations makes it ideally suited for the utilities and energy companies with deep trading expertise to maximize the arbitrage opportunities inherent in the merchant market. When coupled with the capex requirements and risk appetite, could this lead to new players entering the generation markets where risk appetite and returns threshold requirements are aligned?

And finally, is the energy transition itself in fact best driven forward and supported, at least in the short to medium term, by utilizing the flexibility and responsiveness of gas generation – no doubt an unhappy bedfellow alongside far greener forms of generation, but one which is proven, scalable and very effective at managing grid imbalances.

Rather than being the carbon ball and chain, could gas in fact provide the balancing act which allows renewable generation to effectively become base load power, and provide time for other, greener forms, of balancing generation to catch up?