Proximo Weekly: Keeping the faith with gas in LatAm power

Two recently-announced acquisitions for gas-fired power portfolios in Brazil and Mexico highlight the continuing fragility of Latin America’s largest markets - and their potential. 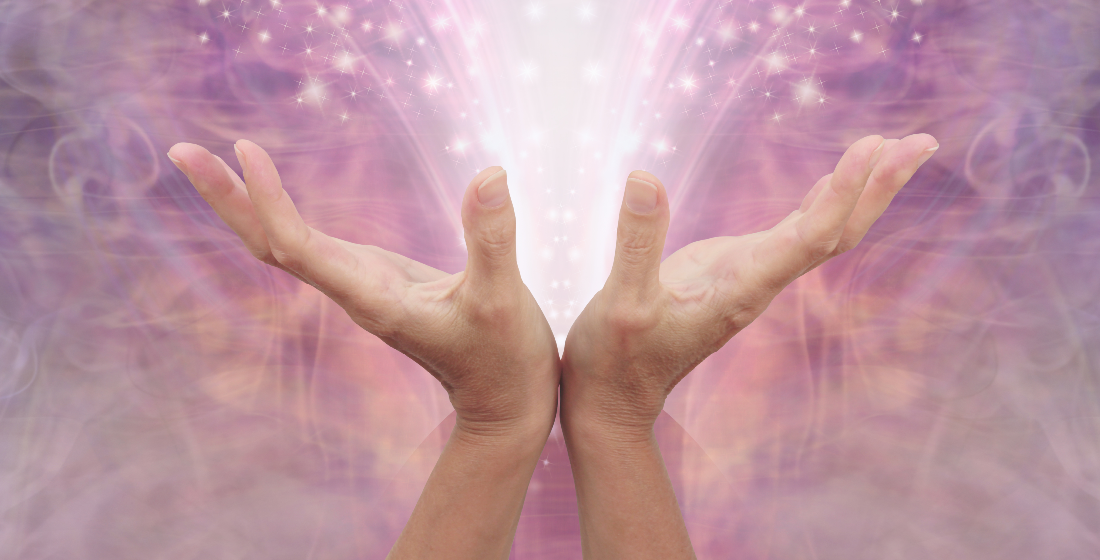 Financial sponsors’ interest in Latin American conventional power assets is increasing despite some of the political headwinds that the region is experiencing.

On 27 August Petrobras, Brazil’s national oil company, announced the sale of its stake in the Breitener Energética gas- and oil-fired power portfolio to Ceiba Energy, a Denham Capital portfolio company. Ceiba is paying BRL251 million ($48 million) upfront for 93.7% of Breitener, and could pay another BRL53 million ($10.2 million), depending on how the assets perform. According to a statement from Petrobras when the plants came fully online in 2010, they cost BRL212 million ($40.1 million) to build.

As part of the deal, Ceiba will also buy out Breitener’s minority shareholders GGR Participações (3.3%), Arcadis, ORTENG and Alcantara Mendes (each 1%). Ceiba says it is funding the acquisition with a combination of equity from Denham, and a debenture issue for which Santander will be initial purchaser and lead arranger.

The acquisition still requires the approval of the Brazilian Administrative Council for Economic Defense (CADE), but brings near to a conclusion a sale process that Petrobras launched in 2019. Lakeshore Partners was financial adviser to the buyer (with Mayer Brown Ceiba’s legal counsel) while Credit Agricole CIB was the seller’s financial adviser.

The assets comprise the 158MW (75.4MW gas-fired and 82.6MW oil-fired) Jaraqui plant and 157MW (75.4MW gas-fired and 81.6MW oil-fired) Tambaqui plant. Both assets are located in Manaus state and their oil-fired capacity came online in 2006, with the gas units following in 2010. About 120MW of the plants’ capacity is contracted under inflation-linked power purchase agreements running to 2025. Assuming Denham bought out the minority investors at roughly the same price, it acquired Breitener for about $200 per kW.

The sale follows the April 2021 settlement of several lawsuits between Breitener and Amazonas Energia, the plants’ offtakers, that essentially called for Amazonas to pay BRL436 million ($84.1 million) in accrued power purchase obligations. Amazonas has been owned by a consortium of Oliveria Energia and Atem since 2018, but at the time the suits were filed, Amazonas was owned by national power utility Eletrobras, which retained responsibility for those payment obligations. So the privatisation essentially waited on the resolution of a dispute between two state-owned entities.

Petrobras is also looking to sell, again with Credit Agricole CIB as financial adviser, its stakes in six gas, fuel oil, diesel and small hydro facilities. The portfolio is larger, at 682MW, though Petrobras’ stake is smaller, at 172MW. The sales show that Petrobras’ disposal programme is making continued progress (though they are far from its choicest assets), but will effectively end its sideline as an independent power producer.

Petrobras was always a somewhat reluctant developer of power capacity, but found – or at least was persuaded – that this was the best way to monetise its upstream gas assets. The Breitener plants run on gas from Petrobras’s Urucu field in the Amazon basin, though Petrobras is in talks to sell the field to Eneva.

But Brazil has historically been a little ambivalent about gas, meeting the bulk of its power requirement from a hydro fleet that is cheap and low carbon, but very much at the mercy of climatic conditions. In recent years, onshore wind and solar have taken off in the country, off the back of competitive financing from development banks like BNDES. But it was only until a recent wave of LNG-to-power projects that gas really has had a chance to capture lenders’ imaginations.

In theory, gas is well positioned to cope with some of the variability of renewable generation, but the Breitener assets are located in a remote part of Brazil. Denham’s long-term success with the purchase will depend on putting in place good long-term supply and offtake agreements for the portfolio, or making a success of positioning them on shorter-term power markets.

But the larger recent transaction in the region was Global Infrastructure Partners’ purchase from Actis of the Saavi Energia portfolio in Mexico. Actis bought the portfolio from InterGen, a global independent power producer, in 2018 at an enterprise value of $1.26 billion. Saavi comprises 2,420MW of primary gas-fired capacity (as well as a 155MW wind farm), three gas compression stations and a short section of gas pipeline.

The transaction essentially builds on a $325 million loan that GIP’s Spectrum fund closed for Saavi in September 2020. But by taking over the assets (and paying down that loan), GIP has gained its first equity exposure to Mexico. And it does so at a time when the outlook for private investment in the country’s power sector has never been murkier.

The Actis acquisition took place when Andres Manuel Lopez Obrador (AMLO) was on track to win Mexico’s presidential election, and pricing on the bond refinancing that Actis used to finance the acquisition priced fairly wide as a result. The news for independent power producers has only got worse. The incoming president has interfered with the process for connecting renewables capacity, and insisted that Mexico’s state power company, the CFE, be the vehicle for new plant construction.

But this reliance on the public sector may, perversely, be good news for incumbent private generators. CFE recently issued tenders for 4,322MW of new gas-fired capacity, with the plants’ revenue model falling somewhere between the old milestone payment-dependent pidiregas structure and the IPP model that gave developers a long-term stake in the success of an asset.

The CFE’s new model involves an entity known as the master investment trust acquiring plants outright, but subcontracting operations and maintenance to the private sector. The administration’s hope is that this will provide some discipline in the construction and operation of new assets, without giving the private sector an opportunity to earn what it views as excessive returns.

But many market observers feel that the timeline to get this new capacity online is very aggressive, and any delays will provide handsome opportunities for generators with available merchant capacity - like Saavi - to benefit from market dislocations. Mexico’s generating fleet, unlike Brazil’s, is predominantly fossil-fueled, but the Saavi assets, despite their increasing age, are among the most efficient in the country.

The long-term success of GIP's investment in Saavi may in part rest on the AMLO administration's ability to reduce private investment in power, but the public sector's inability to increase investment at the same time. GIP is not alone in this view. In April 2021, Santander exercised its option to take over the 220MW A3T cogeneration plant, whose offtaker is Mexican national oil company Pemex. Santander acquired the option during one of several restructurings of its client Abengoa, which developed the project.

Santander financed the acquisition with a self-arranged MXN8.2 million ($412 million) local currency senior loan and a MXN4.6 billion ($230.4 million) subordinated loan. It attracted participations equivalent to a little over a quarter of the subordinated debt to Credit Agricole and CaixaBank.

While it becomes increasingly difficult to develop even gas-fired capacity in Europe, Latin America is still relatively fertile ground, though the market dynamics and investment drivers in Brazil and Mexico are very different.

In Mexico, natural gas is a powerful political constituency, even though Mexico is increasingly reliant on LNG imports to power its fleet. In Brazil, gas is more marginal, though grid enhancements like new transmission or storage capacity are hard enough to realise that small gas units have a potentially powerful role in providing stabilisation services.

Saavi does have the ability to provide some ancillary services, but these are very much in addition to its role as a baseload, or at least mid-merit, generator.

But with neither looming elections in Brazil or nervousness about power sector renationalisation in Mexico dampening enthusiasm among financial sponsors, a buoyant conventional power M&A market in the region has some way left to run.

Invenergy has completed the term and construction financing for the 200MW Calhoun Solar project, in Calhoun County, Michigan.

Macquarie has laid out £1 billion ($1.38 billion) for a majority position in  Southern Water, one of the UK’s worst performing water companies.

FPSO operator BW Offshore has completed the $1.15 billion project debt financing for the construction and operation of the FPSO for the Santos-operated Barossa gas field.

Eskom to invest $7.3bn in solar and wind farms

South African state-owned company Eskom intends to invest $7.3 billion to begin its energy transition over the next nine years.

The Japan International Cooperation Agency and the Inter-American Development Bank are co-financing a project to construct a 500kV transmission line and implement energy efficiency measures in Paraguay. 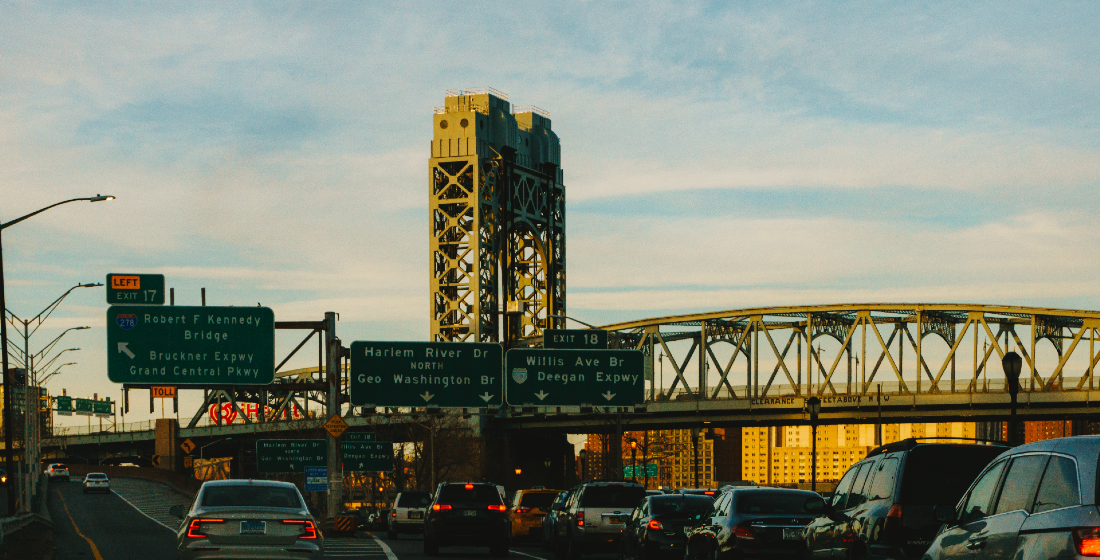