The biggest offshore wind project financed to date, Dogger Bank A and B reset the financing volume benchmark for the offshore wind sector. With Dogger Bank C expected later this year, the template is likely to be replicated. 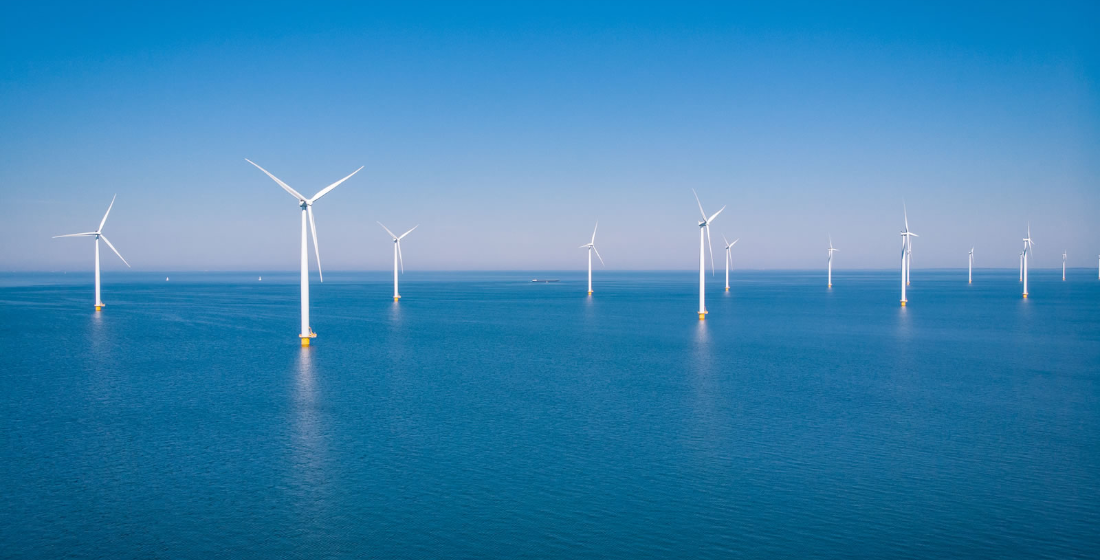 If proof were needed that the global pandemic has done nothing to diminish bank appetite for offshore wind, Dogger Bank A and B is that proof. Despite having achieved record low CfD prices, the £5.5 billion financing generated record levels of liquidity from a diverse range of lenders - good news for the offshore wind sector, and even better for the Dogger Bank C financing expected later this year.

In December 2020, SSE and Equinor each sold a 10% stake in Dogger Bank A and B to Eni for a total of £405 million, leaving SSE and Equinor each with a 40% stake in the projects, with Eni owning 20%. SSE is responsible for the development and construction of the projects, while Equinor will operate the wind farms when they are completed. Dogger Bank A is expected to be operational in summer 2023, with Dogger Bank B expected to follow in summer 2024.

The senior debt makes up £4.8 billion of the financing, while ancillary facilities make up £0.7 billion. A source with knowledge of the deal confirms that the project debt runs for the length of the projects’ construction period of 3-4 years and their 15-year CfDs, giving the debt a tenor of around 19 years. The source further confirms that the project carries no merchant risk and that pricing on the debt is slightly below 190bp over Libor. Linklaters provided sponsor counsel, while Norton Rose Fulbright was counsel to the lenders. BNP Paribas acted as financial adviser on the deal.

While the £5.5 billion financing was negotiated for both Dogger Bank A and B, the deal actually consists of separate project financings for the two projects, which are not cross-collateralised. Explaining the decision to negotiate the financings in this way, Oliver Cass, finance director for the Dogger Bank projects, says: “Due to various factors including the geographical proximity of the projects, a shared cable route and the interfaces between the projects, we ultimately concluded that there were efficiencies and benefits to be gained from financing the projects at the same time, albeit as two separate financings.”

BNP Paribas was attached to the project as financial adviser at an early stage and assisted SSE and Equinor in the preparation of the Dogger Bank CfD bid. After winning the bid, sponsors did a market sounding exercise in early 2020, as well as approaching Bpifrance, GIEK, and EKN. Sources indicate that the sponsors wanted to have the three ECAs committed to the project as early as possible, shoring up the financing further before approaching the commercial bank market. The projects were launched to banks in July 2020, with banks being required to respond with credit approval by the end of August. The lender group was then mandated in early October and financial close was reached on 25 November.

The support of ECAs proved to be particularly beneficial when Covid-19 arrived, glowering ominously on the horizon. Discussing the impact of the pandemic on the deal, Cass notes: “When we were looking to launch the project, the Covid-19 pandemic struck. So we were looking to do the largest offshore wind financing ever done just as the financial markets were significantly disrupted by the Covid-19 pandemic. So there was genuine uncertainty at the time as to what could be achieved and therefore the project had to be highly robust and well-structured to get the liquidity we needed.”

According to sources, the financing encountered some pricing volatility in the spring of 2020, as has been very common amongst project financings secured over that period. The presence of the ECAs acted as a palliative for banks in the context of a dire economic downturn, helping to return stability to the deal. One source close to the deal notes that arming the financing with additional ECA liquidity also ensured that sponsors did not have to “adjust the terms to the lowest common denominator”, granting them flexibility when engaging with lenders. Nonetheless, given the sheer magnitude of the deal’s uncovered tranche, it is clear that the Dogger Bank projects enjoyed substantial appetite from banks quite aside from the participation of ECAs.

While sealing two individual financings in the same negotiation envelope was convenient for sponsors, it also brought reassurance to lenders. A source indicates that separate financings secured against each project’s assets eased the credit approval process for banks, allowed banks to take more substantial tickets than would have been possible in one larger project financing, and afforded lenders the wiggle room to withdraw from one of the two projects if necessary.

Although the fact that Dogger Bank A and B are positioned close together allows, somewhat conveniently, for the projects to use the same contractors, this sharing of resources was another potential risk area that hovered briefly in lenders’ sights. As Miruna Onofrei, a director at BNP Paribas who worked on the deal, says: “Another factor was also in terms of the synergies between the projects being located close to each other and using the same contractors across the construction packages. That was another aspect where lenders had to do the analysis and get comfortable in terms of the interdependencies between the projects because they were standalone financings.” In essence, spreading resources across the two projects crossed the hard border drawn between their respective financings to reduce risk, although its impact on lenders’ confidence in the project does not seem to have been significantly detrimental.

Lenders had a similar reaction to the technology risk attached to the deal. The projects will use 13 MW GE Haliade-X turbines, which, rather fittingly for the record-shattering Dogger Bank projects, are the world’s most powerful wind turbines. The lurking technology risk surfaced because the turbines have yet to be used in a commercial-scale project. A source with knowledge of the matter notes that GE’s contractual provisions for the turbines offer more protection than would be the case for a proven technology, although these provisions do not amount to guarantees. The source also suggests that the generous nature of the contractual provisions signifies a strong faith in the Haliade-X on the part of GE.

Describing the technology risk and how it was mitigated, Niclas Ringblom, a senior underwriter at EKN who worked on the deal, says: “The technology risk was the main challenge for EKN in light of the new turbine. We have assumed comfort in the fact that the turbine is based on proven direct drive technology with no novel technologies and GE’s strong commitment. The sponsors and the independent technical advisor have carried out extensive due diligence on the new turbine over several years. The sponsors’ long experience in the wind sector and offshore also provides comfort.” Lenders did have to accept some technology risk, but strong efforts were made by sponsors and GE to ameliorate this as far as was possible.

A final area of consideration for lenders was the projects’ low CfD strike prices. As Onofrei comments: “The fact that these projects secured the lowest CfD strike prices to date certainly meant that project economics would be tighter than perhaps the lending market was used to in the context of legacy projects that have higher strike prices.” While the presence of CfDs would certainly have demonstrated the projects’ revenue security to lenders, low CfDs do, naturally, reduce revenue, necessarily subjecting the economics of the projects to intense scrutiny.

As with all the other factors considered by lenders, the project economics of Dogger Bank were eventually deemed satisfactory. Nevertheless, with the fourth CfD allocation round expected in 2021, it will be interesting to see if strike prices plunge even lower than those of Dogger Bank as the UK’s maturing offshore wind market edges ever closer to zero-subsidy wind farms. Lenders continue to tread carefully when it comes to merchant risk, meaning that the decline of the CfD might affect the liquidity available to future projects of the size of the Dogger Bank portfolio.

Taken as a whole, the Dogger Bank financing has been quite relentlessly successful. Concerns about Covid-19, resource sharing, technology risk, and CfD prices were all neutralised effectively by sponsors with a staggering swiftness. The disparate interests of an enormous international slate of lenders were reconciled and woven together in less than a year to form the largest offshore wind financing ever to reach financial close. It is an astonishing feat. SSE and Equinor will look to repeat their achievements with the Dogger Bank C financing later in the year. While it is too early to know what shape it will take, sources have suggested that it could well use the Dogger Bank A and B financing as a blueprint.

It is highly significant that a project financing on this scale was achieved during the worst economic crisis in nearly a century. The IMF estimates that global GDP shrank by 3.5% and the UK economy contracted by 10%, one of the largest such contractions for a developed economy. Dogger Bank’s success in the midst of these adverse conditions is a bellwether of the unflinching growth of renewable energy. In this vein, the IEA’s ‘Renewables 2020’ report indicates that ‘from January to October 2020, auctioned renewable capacity was 15% higher than for the same period last year’. For the right project, the international project finance market remains willing to throw its weight behind renewable energy.

Dogger Bank A and B

EnQuest out for Golden Eagle debt

UK oil and gas independent EnQuest has agreed to acquire 100% of the shares in North Sea (Golden Eagle) Resources Ltd, a new company which will, at close of the deal, hold Suncor’s non-operated equity interest in the Golden Eagle area in UK waters.

Saudi Arabia’s Ministry of Health (MOH) and the National Center for Privatization & PPP have qualified nine teams for the AlAnsar Hospital PPP project.

Mainstream out to banks for Copihue wind project debt