Despite all Trump's propaganda, the new US administration looks set to take a collaborative approach with the oil and gas sector towards energy transition. Can Biden progress where Trump went backwards? 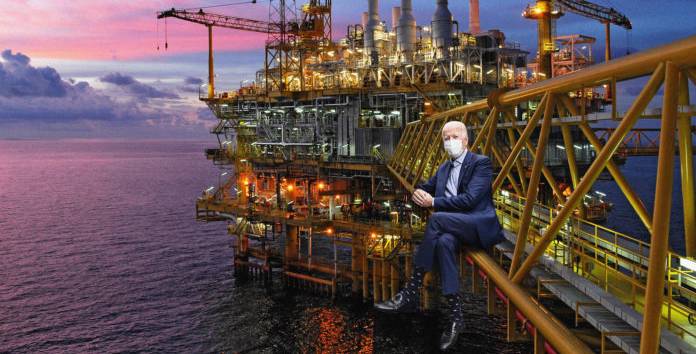 Although he may not have publicly accepted it yet, Trump will be gone from the White House in January. And there are high market expectations for some joined-up-thinking from the new Biden administration on both US infrastructure and energy transition – even allowing for any long term legislative hurdles caused by Trump throwing his toys out of the pram over the next two months.

How much Biden can get done will depend on whether he can persuade the Senate – at best it may end up split 50/50 between Republicans and Democrats.  And persuasion may be possible – Biden was Obama’s chief negotiator with Senate Republicans and after 40-plus years in public service knows how to get the best deal possible from the system. But whether by Senate consensus or executive order, what is Biden likely to try and achieve? And how will that impact US non-environmentally friendly industries, notably oil and gas?

Besides pledging to undo Trump’s withdrawal from the Paris Agreement, Biden was very open and fairly detailed about his environmental policies in the election-run-up. In July he released a plan to spend $2 trillion over four years to combat climate change and achieve zero carbon power by 2035.

His programme appears to be a collaborative one, encompassing both the needs of the fossil fuel industry and the renewables sector in the path to energy transition. There is a strong focus on carbon capture technology for fossil fuels – Biden plans to double down on tax breaks for carbon capture – a move welcomed by industries that struggle to cut production emissions. Nuclear power, hydrogen and utility-scale energy storage (to overcome the capacity feed-in issues caused by the weather that handicaps wind and solar) are also high on the agenda. And even mining looks set to benefit from potential support for lithium and rare earths extraction – a must if the US is to compete with China for battery manufacturing and meet the needs of US manufacturing industries – the EV sector for example – in the future.

Although not anti-fracking, the new administration will likely ban federal leases for fracking, and environmental protections – particularly on offshore oil and gas – will be tightened again, although to what extent and with how much bureaucracy remains unclear (some of the more sensible streamlining of NEPA by Trump may stay).

In environmental terms both US majors Chevron and ExxonMobil have shown some interest in carbon capture, but no inclination for significant renewables investment, which is odd given the math. Renewable energy is now cheaper than oil and gas in many geographic markets, and the price of electricity looks set to become decoupled from the price of feedstock in the coming years. The US majors appear to be pinning their hopes on carbon capture making their product more competitive. It will have to be very cheap to do so.

That said, in the immediate future, demand for gas – the widely touted fuel for transition – does look set to make a comeback in the wake of a coronavirus vaccine. Furthermore, given the recent slowdown in investment in oil and gas, post-virus investment growth is a real possibility. This is good news for producers and the supply chain they support.

But that possibility is still subject to a rebound in oil and gas prices and reserves valuations, both of which are as reliant on events globally as they are domestically. And given question marks over US foreign policy under the next administration – for example, could Iranian crude be back on the market in the next four years? – if the management of US oil and gas majors want more long term income certainty, they should probably be considering buying, or creating joint ventures with, some renewables heavy hitters.

France to rein in export guarantees for oil and gas industry
France proposes to stop providing state export guarantees to projects involving dirty forms of oil such as shale from next year, followed by all types of oil from 2025 and gas from 2035.

Lowest bid in for Kuwait IWPPs advisory role
An Ernst & Young-led team have bid the lowest with KD1.2 million ($3.9 million) in the transaction advisory services retender for the Az-Zour North 2&3 and Al Khairan Phase 1 IWPPs in Kuwait.