Akita: A first of many on the Japanese offshore wind horizon? 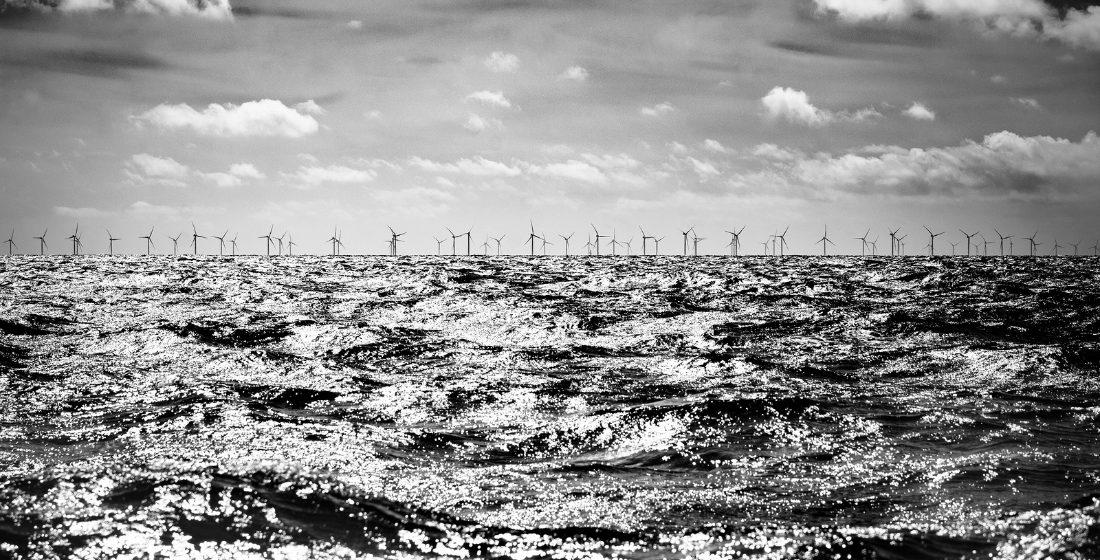 Japanese offshore wind auctions are, coronavirus permitting, due to kick off in April. A total of 12.6GW of offshore wind farm projects were environmentally assessed as of August 2019, according to Japan’s Ministry of Economy, Trade and Industry (METI), equivalent to construction costs of around JPY7 trillion. Foreign developers will be allowed to place bids in the auctions, which will award PPAs complete with feed-in tariffs. Some financiers view the presence of non-Japanese developers as a positive step, given that it will likely increase competitiveness and drive down costs.

While there are still obstacles to growth, such as the deep ocean depth around the Japanese coast, the cumbersome process of designating promotion areas and meeting the concerns of the fishing lobby, the sector is almost certain to deliver on an estimated JPY3 trillion of project financings, albeit at the kind of low margin level that might keep international lenders out of the market.

The project includes turbines to be located at both the Akita and Noshiro ports. Danish manufacturer MHI-Vestas will supply 33 V117-4.2 MW turbines for the project. Of these, 13 will go to the Akita site, producing 55MW, and 20 will go to the Noshiro site, producing 84MW. After the wind farms are completed in 2022, electricity will be sold to offtaker and co-sponsor Tohoku Electric Power, via a feed-in tariff of JPY36 per kWh under a 20-year PPA.

Although the Japanese Wind Power Association (JWPA) estimates that Japan has as much as 600GW of potential offshore wind power, until 2019 offshore wind was liable to be caught up in miles of red tape – hence Akita’s eight-year gestation. Laws governing and co-ordinating occupancy rights for offshore wind farms did not exist. Indeed, before 2011, there was little political appetite for offshore wind at all. Nuclear energy accounted for 30% of Japan’s electricity supply and solar was the primary area of focus for renewables. Then the Fukushima disaster happened. A 9.1 magnitude earthquake and a resultant tsunami hit Japan in March 2011, critically damaging reactors at the Fukushima Daiichi plant. Catastrophic as this, it started new conversations about Japan’s energy mix.

The question was then, and still is now, which renewable energy source to choose. Japan has made great progress with solar energy and has over 50GW of installed capacity. However, as a source with knowledge of the sector points out: “Japan is a land-constrained country and if you really want to use the resources, the only source you can replace the nuclear reactors with is offshore wind.”

The Japanese government followed this reasoning and, accordingly, has set a goal of producing 1GW of offshore wind power by 2030. In addition, the government passed new legislation – the Marine Renewables Energy Act – which came into force in April 2019. The law governs the designation of ‘promotion areas’ – areas of Japanese territorial waters allocated to offshore wind development – and the auctioning of those promotion areas to developers, for a period of up to 30 years.

Eleven such areas were identified in 2019 in the Noshiro (Mitane and Oga), Yurihonjo (north and south), Choshi, and Goto regions. The designation process assesses factors including generation capacity, grid connection, the effect on the marine environment, safety, and the impact on shipping lanes, ports, and fisheries.

The problems with being a pathfinder

Akita was negotiated before Japan’s new laws came into force, meaning its developers did not enjoy any of the streamlining under the new laws. As a pathfinder deal, knowledge of the offshore wind sector also needed to be married to knowledge of Japanese law and climatic conditions (European offshore wind presents very different technical hurdles to Japan). This involved the collaboration of European developers with local Japanese experts, and as Asako Haga at MUFG, who worked on the Akita deal, says, “since we only have a limited number of [European] advisors in the offshore wind project finance market, we are hoping to have a greater number of credible advisors in the market in the future”.

Despite the bureaucratic sludge through which the developers had to wade, Akita’s two-year positive tail provided by the 20-year PPA, and its sponsor line-up, gives reassurance to lenders. As Haga notes, some lenders limited their ticket size because it was their first offshore wind project, but “in general, as it was well-subscribed and we believe there is a large appetite in the market”. The positive optics of Sustainable Development Goal financing are also said to have played a part in the eagerness of lenders to join the deal.

Unlike the recent financing of the Changfang and Xidao projects in Taiwan, which required support from six ECAs, the lack of ECA support on Akita is not entirely remarkable given the immense liquidity of Japanese banks and institutional lenders. Nevertheless, those deep pockets do not extend to uncovered deals that lack bankability, a testament to the solid financial engineering in Akita.

Although Akita demonstrates plentiful domestic lender appetite – and arguably a clever initial foothold in the emerging sector by Societe Generale – it was not competing for liquidity with other deals. As more utility-scale Japanese offshore wind deals are awarded, that situation may change and result in higher pricing to attract more international lenders should a liquidity gap arise. But according to local lenders spoken to by Proximo, that is unlikely, with all claiming huge liquidity and appetite in Japanese financial markets for offshore wind.

Nevertheless, the climate for fast development of Japanese offshore wind is not yet perfect. Some financial and regulatory difficulties do remain despite the progress in 2018/19. Legal sources indicate that there are limits as to the extent of reinsurance cover available on offshore wind projects in Japan, and deals need to be structured carefully to account for this, although as more successful projects are completed the problem is likely to dissipate.

From a regulatory perspective, the new legislation is a definite improvement, but, as can reasonably be expected, it is not perfect. Developers currently have to attain grid connection rights and conduct Environmental Impact Assessments (EIAs) themselves, without which a promotion area will not be designated. The length of this process creates considerable development risk and may deter developers. The government needs to listen to the criticisms of developers and adapt the process accordingly.

As far as climatic conditions are concerned, there is the obvious typhoon risk to consider. According to the Japanese Meteorological Agency (JMA), on average there are between 20 and 30 tropical cyclones that reach tropical storm strength or higher each year in Japan, and global climate change may worsen those figures. However, financiers working on the Akita project claim banks and developers alike have already had to account for typhoon risk for onshore wind and solar and it is unlikely to dampen appetite for future deals.

Another issue is the depth of Japanese seas. Around 90% of Japanese waters are deeper than 50-60 metres, making them too deep for fixed offshore wind. Areas with water shallow enough to accommodate fixed turbines are often too close to port infrastructure and fishing areas to make offshore wind farms viable. On top of this, Japan’s grid infrastructure is not well developed enough to support large transfers of energy from region to region, making it difficult to transport energy from a wind farm to where it is needed. Consequently, Japan’s ability to build fixed offshore wind farms is, in some respects, constrained.

Nevertheless, even this problem has a potential solution. Aaron Smith of Principle Power says that “Japan has really some of the best fundamental characteristics of any market in the world for floating offshore wind.” Principle Power’s WindFloat technology is a key player in the development of floating offshore wind. Floating turbines have several advantages over their fixed counterparts when it comes to Japan. Crucially, they are able to operate in water that is substantially deeper than the maximum operational depth of fixed turbines. They are less susceptible to damage from seismic activity and are largely unaffected by tsunamis, as they generally operate in water that is too deep for tsunamis to start breaking. Floating platforms have also long been designed to withstand typhoons, as the oil and gas industries have demonstrated.

Other advantages of floating technology include the fact that it can be placed far enough offshore to avoid port infrastructure, fishing activity, and shipping lanes. Viewshed impacts are not an issue for the same reason. In the case of Japan, the technology could largely avoid the problems caused by deep waters, clashes with fisheries, and natural disasters, all of which are faced by the fixed offshore wind sector.

Additionally, its flexibility with regard to location circumvents the issue of Japan’s underdeveloped cross-regional grid infrastructure. Japan could and should make use of the technology, which has been tested with the Fukushima Forward and Goto projects. It may take a little while before it is bankable, but as Smith notes, “financiers are demonstrating strong appetite for well-structured projects using WindFloat. Our operational track record gives them comfort, and this is complemented by their familiarity with floating technologies gained through their involvement in the offshore oil and gas sector.” Sources close to the Akita deal have also confirmed a potential willingness to invest in floating offshore wind in the future.

As it currently stands, the JWPA indicates that as little as 65.6MW of installed offshore wind capacity exists in Japanese waters. And there are still legislative, financial, technological, and climatic challenges to be overcome. But the important point is that there are plausible solutions to most of the problems. Will Japan reach 1GW of offshore wind by 2030? Definitely, and possibly sooner than expected. 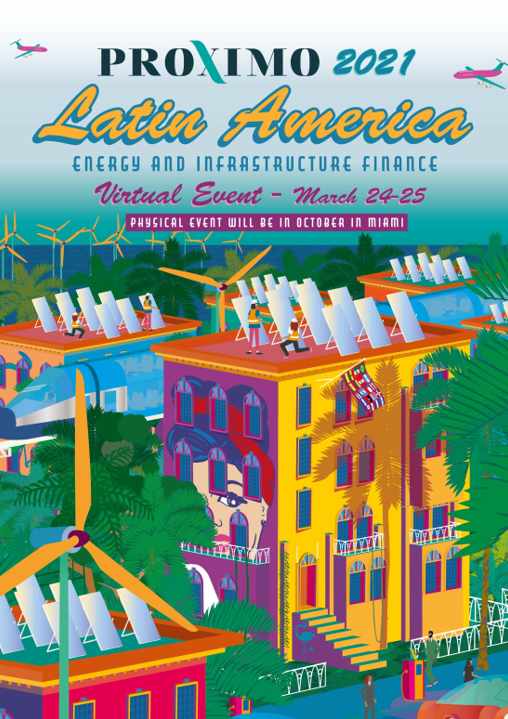